I’ve got a question regarding RTA-Graphs.

Out colleague wants to have the RTA-Graphs-Icon displayed for every host in the same folder.
Some hosts got the icon and the graphs, some don’t.

I couldn’t find an explanation for this in the docs or werks (or I searched in the wrong places).
I’ve attached a screenshot of the folder. There you can see that just a couple of graph-icons are displayed.

If someone has an idea of how to solve this it would be great! 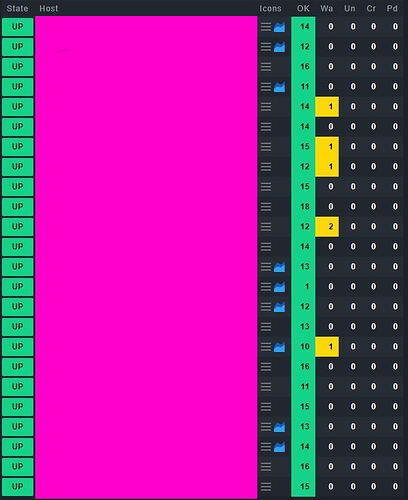